“One of our original members was a wizard named Nettle from Overton-Across-the-Waters.

Though he was an accomplished magician, he was well named. He was prickly, both outside and in. At first he was quiet, well-mannered even. But soon enough, we learned his real character. His words stung, and he loved to use them in anger. Still, we were thirteen, and he was one. But when we voted him out of the Hall, he began to study the black arts long into the night. In his nightwork he conjured up a Beast from the black side of our souls. Bit by bit, he quilted that Beast together, until it had swallowed up—” “Excuse me,” said Thornmallow, his voice soft with fear, “but I don’t understand.” Magister Hickory nodded. “Of course you don’t, young Thornswallow. You have only been here a few days.” “I mean—wouldn’t it be a good idea to lose the black side? That way, your souls could shine all pure as gold? And it’s Thornmallow. Sir.”

Magister Hickory smiled indulgently. “By ‘black,’ my prickly friend, I do not mean evil. Or wicked. I mean dark and deep, as in the black water of the deepest lakes. All those strongest of emotions that—if used improperly—tempt us to wicked, evil deeds. For example, ambition, which can become greed. Or desire, which can become gluttony. Or admiration, which can become envy. We are all made up of such deep and dark emotions, and as we grow more mature, we learn to control them.”

Up next Biden’s liberal governing options shrink after Republican gains in House and narrowly divided Senate. - The Washington Post This article’s argument 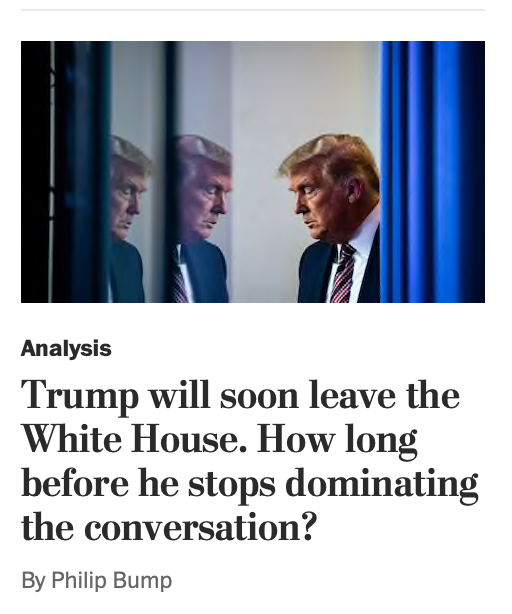 philip
Latest posts On Selfishness It Begins America in 3 Paragraphs Atlanta Washington Post Goes Tumblr Inspiration of the Day See Movie Clips of Any Phrase 2020 Wildfires - Lacma On Wallowing San Francisco + Los Angeles Videogrep Is Awesome Videogrep Is Awesome Eye Spy Entitled The Death of Privacy: Apple’s New Surveillance The Best of All Possible Dogs Partial{objects} Cobwebs Circles, Flat or Otherwise Plains Hog-Nosed Snake Pennyworth S2 Is a Shitload of Fun 70 percent Be Careful When You Cast Out Your Demons That You Don’t Throw Away the Best of Yourself. A Man for All Seasons My own suspicion is that the universe is not only queerer than we suppose, but queerer than we can suppose. Catisfied I Tell You, We Are Here on Earth to Fart Around, and Don’t Let Anybody Tell You Different. COVID-19 Means No Hocking Loogies on Screen At Least 30,000 U.S. Organizations Newly Hacked Via Holes in Microsoft’s Email Software — Krebs on Security Color Out Of Space inceldom is just crowdsourced depression.