The election is over. Joe Biden stands victorious over the lard-laden corpse of his predecessor’s tenure. All that remains is to set the nation’s new agenda.

So. It’s time to talk priorities. And for the good of the nation, it’s time to talk about separating Republican children from their families, and deporting their terrorist relatives.

You might find this proposition a tad unsettling — in which case, allow me to reassure you by bringing to your attention the Trump presidency (2016-2020) during which America did the same on a disturbingly regular basis (albeit to a demographic with significantly less political power, representation, and capacity for armed insurrection than the current Republican population).

For the children, the benefits will be innumerable. Simply being part of a literate household has been shown to have a huge impact on future earning potential. Not to mention the humanitarian example set by their new role models not voting in favor of the candidate who withheld federally-mandated COVID-19 funding from the most profitable and globally-relevant states in the union — all because of a bruised ego.

So let’s take legislative action to ensure a lower rate of whiney crybabies in the next generation of American citizens.

You may have questions. Here are some answers.

Separate Children From Their Parents? Why Would We Do Such a Thing?

For largely the same reasons America has always sought to separate children from “undesirable” adults: to ensure that these children grow up with a strong sense of our shared American values and morality, and are fully prepared to participate in our Great Society.

Unfortunately as it stands, nearly half the nation’s children are being raised by self-described “deplorables” whose main purpose in life amounts to posting incoherent graphics about pedophilia on as many Facebook groups as possible.

They are the people who scream about voter fraud while committing it themselves. The folks who rage against government intrusion into private life, while simultaneously demanding dictatorial control over the female reproductive system. The self-same chumps who swore an armed militia was the only thing standing between us and totalitarianism, only to lie down at the earliest opportunity to lap their tongues on the underside of goose-stepping boots.

In short, roughly half our nation’s children are being raised by folks who appear fundamentally ignorant on English vocabulary and syntactical meaning. Surprising, certainly, given the tendency of this same group to focus on making English the national language — but less so, once you understand these same folks refer to it as “American”.

As a patriot, I believe in the American dream: that all people are created equal, and deserve an equal shot at success.

Therefore: my patriotism will not allow me to stand by and do nothing while a vast swath of our next generation is intellectually, morally, and physically hamstrung by a loosely affiliated collection of domestic terror cells (i.e. their parents).

The children are our future — it’s time we cleared the brush so they can finally grow toward the sun.

But Isn’t It Better to Keep Families Together Whenever Possible?

A reasonable assumption, but one that recent events have proven categorically false.

The Trump children, for example, have remained a part of their father’s household their entire lives — and turned out just as corrupt, but somehow less good at it.

Brock Turner’s family stuck with him all the way through the criminal court proceedings (even going so far as to fund the Judge’s retirement plans) — but that didn’t prevent him from becoming a giggling rapist.

In short, the obvious conclusion is that Republican parenting sets the child up for anti-social behavior, gullibility, overwhelming fear and type-2 diabetes.

As a country, we can and should do better.

Aren’t These Republican Terrorists American Citizens? Deport Them Where?

It might surprise you how few Republican Terrorists actually identify as citizens of the United States.

Many of these folks believe themselves “sovereign citizens” or “subject only to naval law” which are two fancy ways of saying “ill-informed and on a mission from God to make it everyone else’s problem”.

Others — like Ammon Bundy and the Gloryhole-in-the-Wall Gang — believe themselves to be citizens solely of their State (in Bundy’s case, Nevada, apparently a perennial stinker) and not of the United States.

“Deport them where?” is a better question, given that many of these hillbilly jihadists claim to have been born and inbred right here in the States.

Fortunately we already have a wealth of precedent for deporting folks to wherever the hell we feel’s convenient, regardless of their actual nationality. For example:

How Hundreds Of Americans End Up Illegally Detained In U.S. Immigration System : The Two-Way : NPR

And none of those folks menaced our fellow American citizens with firearms, fatal car crashes, and torturous logical fallacies. This is what we do for the peaceful American citizens we don’t like! In the face of repeated armed assaults, the sky’s the limit really in what we can do about these agents of chaos, now (under my proposed policies) dimwits without a country.

For example: say South America feels like they’ve got enough of a Nazi contingent as it is, and refuses any repatriation of our loudmouths — in that case, we would simply abide by the letter of the law and deport them back from whence they came.

In the case of Christians, that would be “to dust”.

But Won’t This Harm the Economy?

Not at all! In fact, it’s far more likely to have a rejuvenating effect on our badly-bruised markets.

The available data on Republican-controlled education systems would suggest that the children we remove today are deeply trusting of authority, but do not possess the object permanence necessary to conceptualize beyond their own immediate surroundings.

Practically, this means we have a generation of workers just waiting to be “harvested”! In a post-COVID world, it’s obvious that America needs to get back to the basics by manufacturing more goods here within our borders — what better way to get back into the swing of things than by employing a homegrown workforce already soft-boiled into obedience by religion and FOX News?

Now obviously future Republican-born children will be removed from their parents at birth — meaning they will not suffer the same levels of credulity and unfamiliarity with cause-and-effect as their older peers. While that will certainly be a blow to American manufacturing, the vast increases to average IQ and EQ of the general populace will more than make up for any loss of GDP.

On a wider note, it would behoove our markets and global standing for the rest of the world to see America take this sort of broad-reaching pre-emptive action to avoid another low-T takeover of our democracy.

But Isn’t Taking Kids Away From Their Parents Unamerican?

Hardly! The history of such programs dates back to the very beginning of our great country. In fact one such program (human slavery) was so fundamental to the progress of our nation that we ended up fighting a civil war over it — the echoes of which still inspire impotent halfwits to make vaguely threatening statements on their ex-girlfriend’s social media accounts on a daily basis.

Take the Native American experience for example. In 1958, Republican president Dwight D. Eisenhower decided to formalize a loosely affiliated group of programs — public and private, secular and religious — into the Indian Adoption Project. The purpose of said projects — and the newly-unified initiative — was to remove Native American children from their homes and place them with God-fearing, red-blooded, lily-white land owners.

Which worked as intended up until 1978 President, Democrat, and known-bleeding-heart/girly-man Jimmy Carter signed the Indian Child Welfare Act in an attempt to stem that particular tide. Fortunately the recent Brackeen v. Zinke decision (from Bush-Nominee Judge Reed O’Connor) overturns Carter’s shortsighted decision, once more allowing the government a free hand in the removal and re-education of any and all haters — regardless of their membership in federally-protected groups.

All together, it’s clear that “familial separation for the advancement of our nation” is arguably the most American policy of all.

Given the expanded purview now afforded to Executive Orders, along with the nascent nigh-impregnability of Executive Power (per AG Barr and Justice Kavanaugh) we can assume President Biden’s policies will be enacted with unprecedented haste — as he will be the first president to benefit from combining these new powers with the legal and political acumen of staffers with legitimate college degrees.

Everyone knows a President’s first 100 days are the most productive of their entire term. So let’s make sure the most meaningful and necessary legislation is at the very top of the list by organizing and advocating now for the removal of youthful-Americans from domestic-terrorist homesteads.

Think of the children. 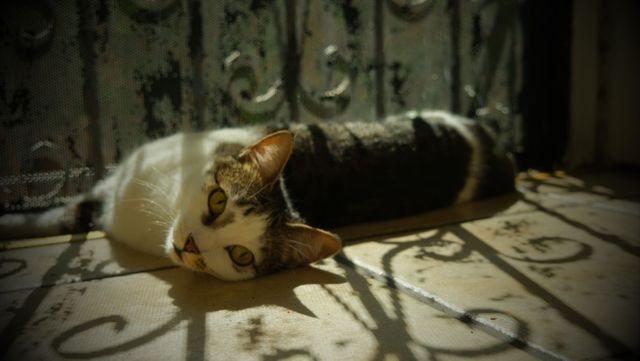 catfish Biden’s liberal governing options shrink after Republican gains in House and narrowly divided Senate. - The Washington Post This article’s argument
Latest posts On Selfishness It Begins America in 3 Paragraphs Atlanta Washington Post Goes Tumblr Inspiration of the Day See Movie Clips of Any Phrase 2020 Wildfires - Lacma On Wallowing San Francisco + Los Angeles Videogrep Is Awesome Videogrep Is Awesome Eye Spy Entitled The Death of Privacy: Apple’s New Surveillance The Best of All Possible Dogs Partial{objects} Cobwebs Circles, Flat or Otherwise Plains Hog-Nosed Snake Pennyworth S2 Is a Shitload of Fun 70 percent Be Careful When You Cast Out Your Demons That You Don’t Throw Away the Best of Yourself. A Man for All Seasons My own suspicion is that the universe is not only queerer than we suppose, but queerer than we can suppose. Catisfied I Tell You, We Are Here on Earth to Fart Around, and Don’t Let Anybody Tell You Different. COVID-19 Means No Hocking Loogies on Screen At Least 30,000 U.S. Organizations Newly Hacked Via Holes in Microsoft’s Email Software — Krebs on Security Color Out Of Space inceldom is just crowdsourced depression.