God, Government, and Getting Things Done

“Mark my word, if and when these preachers get control of the [Republican] party, and they’re sure trying to do so, it’s going to be a terrible damn problem. Frankly, these people frighten me. Politics and governing demand compromise. But these Christians believe they are acting in the name of God, so they can’t and won’t compromise. I know, I’ve tried to deal with them.”

It’s a tale as old as monotheism.

Then the Christian God shows up in China (which is a whole other story, involving Jesus’ Chinese younger brother who conquered Beijing and had a pretty good thing going until he separated the men from the women. Which, rookie mistake). From then on, each side views their side as having God on it — so compromise instantly became impossible. More than impossible — God rendered compromise completely undesirable.

God always renders compromise undesirable. If the omnipotent creator of all that ever is or was is on your side, then why in the world would you ever concede anything at all? To do so would be madness, would be giving into evil.

Which is, after all, the ultimate point of the one singular God1 — to allow your side to claim absolute goodness, which lets you paint everybody else pitch black. Plus, if the King rules by divine order, what’s the point of trying to topple him? It’s just The Way Things Are Meant To Be, that’s all.

Except it’s not, it never has been, and it only seems like it is currently because we allow it to happen.

To sum up, eat the rich and frost the charlatans for dessert — not because just because Jesus told us too (he did), but because it’s a necessary step for our continued survival as a collective human race.

And it’s the right thing to do. 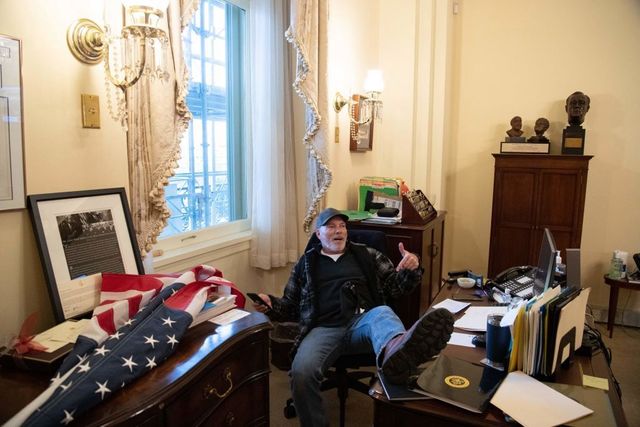 Regarding the Events of the Day
Latest posts On Selfishness It Begins America in 3 Paragraphs Atlanta Washington Post Goes Tumblr Inspiration of the Day See Movie Clips of Any Phrase 2020 Wildfires - Lacma On Wallowing San Francisco + Los Angeles Videogrep Is Awesome Videogrep Is Awesome Eye Spy Entitled The Death of Privacy: Apple’s New Surveillance The Best of All Possible Dogs Partial{objects} Cobwebs Circles, Flat or Otherwise Plains Hog-Nosed Snake Pennyworth S2 Is a Shitload of Fun 70 percent Be Careful When You Cast Out Your Demons That You Don’t Throw Away the Best of Yourself. A Man for All Seasons My own suspicion is that the universe is not only queerer than we suppose, but queerer than we can suppose. Catisfied I Tell You, We Are Here on Earth to Fart Around, and Don’t Let Anybody Tell You Different. COVID-19 Means No Hocking Loogies on Screen At Least 30,000 U.S. Organizations Newly Hacked Via Holes in Microsoft’s Email Software — Krebs on Security Color Out Of Space inceldom is just crowdsourced depression.