At least 30,000 organizations across the United States — including a significant number of small businesses, towns, cities and local governments — have over the past few days been hacked by an unusually aggressive Chinese cyber espionage unit that’s focused on stealing email from victim organizations, multiple sources tell KrebsOnSecurity. The espionage group is exploiting four newly-discovered flaws in Microsoft Exchange Server email software, and has seeded hundreds of thousands of victim organizations worldwide with tools that give the attackers total, remote control over affected systems.

Less than inspiring, I gotta say. 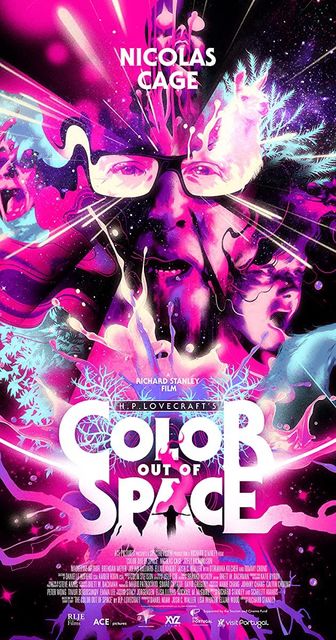 Color Out Of Space COVID-19 Means No Hocking Loogies on Screen How pandemic changed TV, and how much of it will last a USA Today article about the pandemic’s impact on TV includes the detail that the show has
Latest posts 2020 Wildfires - Lacma On Wallowing San Francisco + Los Angeles Videogrep Is Awesome Eye Spy Entitled The Death of Privacy: Apple’s New Surveillance The Best of All Possible Dogs Partial{objects} Cobwebs Circles, Flat or Otherwise Plains Hog-Nosed Snake Pennyworth S2 Is a Shitload of Fun 70 percent Be Careful When You Cast Out Your Demons That You Don’t Throw Away the Best of Yourself. A Man for All Seasons My own suspicion is that the universe is not only queerer than we suppose, but queerer than we can suppose. Catisfied I Tell You, We Are Here on Earth to Fart Around, and Don’t Let Anybody Tell You Different. COVID-19 Means No Hocking Loogies on Screen At Least 30,000 U.S. Organizations Newly Hacked Via Holes in Microsoft’s Email Software — Krebs on Security Color Out Of Space inceldom is just crowdsourced depression. #Catfish Capitol Rioters Could Face up to 10 Years in Prison Under Trump Monument Executive Order Regarding the Events of the Day God, Government, and Getting Things Done Gut-Wrenching Photos Show Damage at Arecibo Observatory Following Collapse philip From Wizard’s Hall Biden’s liberal governing options shrink after Republican gains in House and narrowly divided Senate.